Marina Abramovic: When I want to do something, I will do every possible sacrifice to do it
27/06/2013 avantart AAM in English 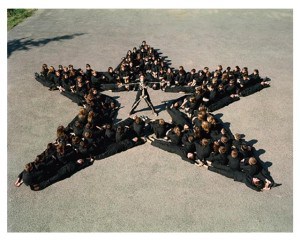 Marina Abramovic directed all her power to the creation of Marina Abramovic Institute (MAI), Center for Conservation of performance art and center to help artists who are working on long duration projects. Recently, in Paris, Marina Abramovic tried out the role of the set designer at the Opera Garnier, the ballet “Bolero.” Marina speaks about plans, ideas, Hudson Institute, ballet and new challenges…

Performance art has become mainstream. It was not so long ago, people were asking you “Why is it art”. Now, you are the diva of performance art, you have lots of followers, young artists, people who adore you… Do you feel a sort of satisfaction, after all those years of hard work? Does it seem to you as if you have moved the limits of performance art?

You know, since I was a child, it was very important for me to find my purpose. Why I am on this planet, what I have to do, and how much time I have still left to do what I really want to do. I am not thinking in these terms, satisfied or not satisfied, I am only thinking about the present, and about what the future has to bring. Right now, my occupation is much more about my Institute, and how I can raise the money, and how we can actually create a platform for a new kind of consciousness, which is no longer dealing with performance art. I have established performance art as a mainstream art, and I have moved away from it because now I am much more occupied with what will be the next step. You know, if I just sit around being satisfied with what I have done, it would be a very selfish, egoistic, kind of act for which I don’t have time. What I’m interested in now is how to create something that could be a new type of community, where science, technology, art, and spirituality, together, could be a platform for discussion, and talking. This is much more important than to be satisfied, or not.

You have mentioned MAI – Marina Abramovic Institute. You have announced that you have started a fundraising campaign; OMA Studio for architecture is involved in the project. What was the main idea behind the project for building the MAI? 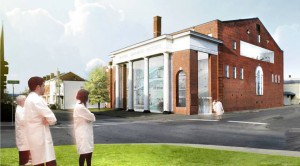 It is very simple. I am not interested in building a foundation, like most artists. I don’t think that building a foundation with all of my works is my business; I believe it is a job for museums and their problem, not mine. I’m much more interested in a very European viewpoint –which is an Institute. It would be a place where people can learn, where a young generation of artists can experiment, with scientists who could experiment, where we will create a new kind of type of consciousness. So, with this kind of ideas I wanted to make MAI. It is really about creating a platform for that new type of community, and to see how this type of community can become a prototype for changing the way how we see the world today.

In your book “Cleaning the House” there is one sentence: “Every person in their life has their own place of power”. What is your place of power?

Well, it is very strange how people mystify things I say. Recently, I was in Brazil for a research. I went there to actually look for the places of power in nature, or the places of power in people who can really have the possibilities of shamanism and transfer of energy. So, I was attracted to these kinds of things. What I am really talking about is how nature is really important to all of us, in the learning process and how we get the information from waterfalls, rivers, earthquakes, volcanoes, which are a very good platform for gaining knowledge about this kind of energy. That is the power of nature. And humans have to develop their places of power, most of the time people simply don’t have. We have to work on them. 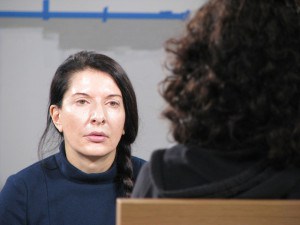 Well, my next question was connected to the power of nature, but also about the Abramovic Method. You said that all your experience of the last 40 years is incorporated into that special method. Is that a sort of place of power?

That is not the method itself. It’s just a path for the person who is exercising. I have created a system that I hope can help any person in his own field of interest, to get into the center of his self. Whatever you do, if you are a business person, teacher, or you’re working as a farmer, if you go through this system of exercises, maybe something will change in the way you perceive the world and further your frame of work.

The Marina Abramovic Institute is the capital of long duration performance art. Even your visitors are obliged to stay for at least six hours. Why is that so important, in contrast to the grind of our everyday life? always in a hurry, rushing, stressed. Is this unrelenting pace contributing to the fleeting nature of our experiences? Could we, by slowing down art, slow down ourselves and our lives?

It is not the question of slowing down art or life. It is about understanding who you are, and understanding your own energy, and to find quietness in yourself, and actually to be conscious about every action in your life. It is really about opening the awareness, and changing consciousness, and it is deeper and more complex than just slowing down life. I don’t want to slow down life; I just want people to understand that technology, and for example, looking at your mobile telephone every five minutes maybe is not the way how to live your life. Maybe all that technology takes you away from experiencing life. So, it is all about changing views, that’s all. You are free to do whatever you do, if you want a fast life, you do the fast life, if you want a slow life, you do the slow life. I am not proposing anything, I am just asking you to try to experiment and see if this works for you. 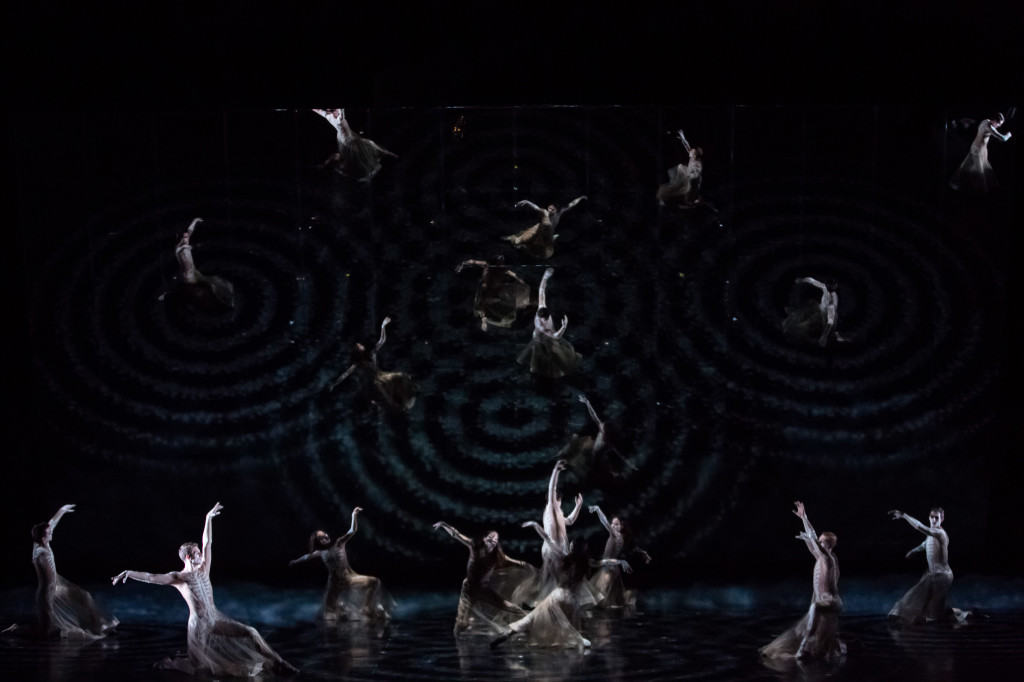 Regarding Bolero, at the Paris Opera, your contribution involved much more than the scenic design , it seems to have encompassed the entire project.

I worked on the complete concept together with Larbi Charkaoui and Damien Jalet. We worked together on the concept ideas and also we were working together with the dancers directly. So, it was really a production by all three of us, and also the production of Ricardo Tisci, who is a designer for Givenchy. I brought him in to create the costumes, and also I suggested to the Opera to work with Urs Schönebaum for the great lighting design in the show. So, we were a group of five people who created the piece.

And how was working on a classical Opera?

To me, it was really interesting to embrace a completely different form of art which I had never done before. I have never worked with classical ballet dancers, especially with something like Opera Garnier, which is the most traditional, most conservative and restrictive place in the world. We were asked to create a new piece after Maurice Béjart. It was very interesting for me to see what I could do in this field. I enjoyed thinking about it and we have created something which I am very proud of, it looks like a celestial, mystical image in which you don’t know what is a reality and what is a dream. We had a ten minute standing ovation at the premiere, it doesn’t happen very often. That piece is going to stay there for a long long time, so if you have the opportunity to see it, go, because it is only the second commissioned work at the Paris Opera since 1929. For me, in my life now it is interesting to experience new categories of art that I have never done before, like opera, ballet… I am now very open to that, earlier I wasn’t opened that much, but now I have the security with my performance function as an artist, so I can really see what other media could offer. 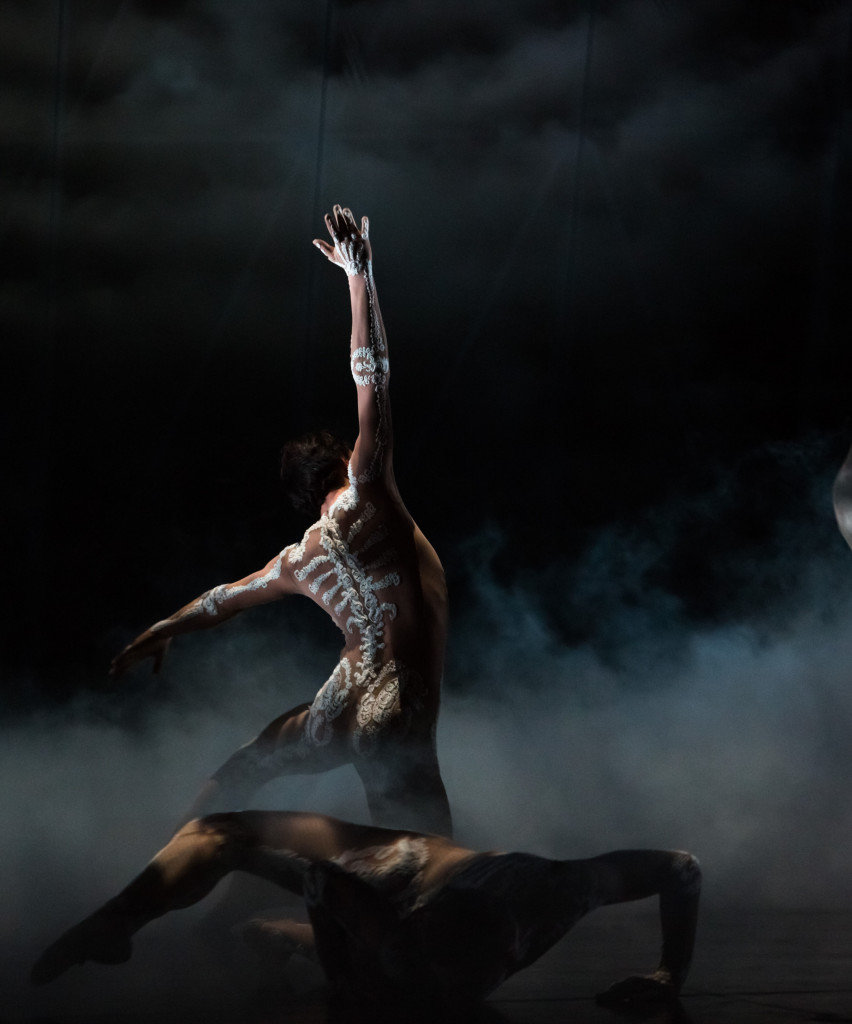 I believe it was not easy to work in the frame of classical opera house and to find some way to make it.

I am extremely happy with all that process at the Opera in Paris. It was a really great experience.

Recently, you announced that you will be making your first film. It will be about the actor, James Franco, who some, in Hollywood, describe as a Renaissance man. . Why Franco and what kind of film it will be?

Well, it will be a documentary. First, I am interested in his energy, not in whether he is handsome or not. He definitively looks like James Dean, but that is not the point. For me, he is important as a kind of mirror image of our society today, and the idea is that he is a transmitter and sender of so many different things that he can do or not. I want to see all aspects of this very complex personality, which is much more complex than people know. I am very proud that I have access to all his materials, the Hollywood material, but also the material of his own films, performances, writings, poetry, the access to his family. It will be a documentary in which I am not doing any interview with him, I’m just actually making a montage in a certain way of this material and with this question; “Who is really James Franco?“

And finally, do you believe you will succeed in the fundraising for your Institute?

First of all, I never give up in my life, doesn’t matter how long it takes, one year, five years, 10, 20 years, I don’t care. When I want to do something, I will do every possible sacrifice to do it. I have no doubt about the fundraising campaign. At the same time, I am very involved in social media and I have very young helpers, 22, 23, 25 years old, because this is the right age for all that. Because I don’t know how all this works, but with them in the team, we do all possible things – organizing creative fundraising competitions- which include video-games, applications, everything which is actually not the normal way for people of my age, or my type to go about fundraising. I really believe in the young generation, their vision, because, all of it at MAI is actually for them, when I am gone, they will be here, it is for them.