Love at first sight: My friendship with Bel Kaufman
24/03/2013 avantart AAM in English 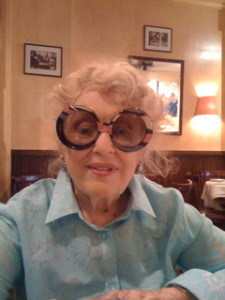 Why Bel and not Belle? The answer to this question is the key to the indomitable spirit of centenarian Bel Kaufman and understanding who she is. To her friends she is Belochka, her Russian nickname. To the rest of the world she is Bel, the celebrated author of the bestselling novel, “Up the Down Staircase” and “Love Etc.”. She changed her given name Belle, in the 1940’s, in order to sneak under the radar of Esquire magazine editors whose policy was to publish only male authors. Her short story “La Tigresse“, about a femme fatale, made her, unbeknownst to them, the first woman to get a byline in the tightly restricted male writers roster of Esquire magazine. It defines who she is: rebellious, daring, hard-working, witty, curious, humorous. A brilliant writer and storyteller extraordinaire. It is not accidental. It is in her genes. Sholom Aleichem, the celebrated Yiddish author and playwright was her grandfather. Think “Fiddler on the Roof”. 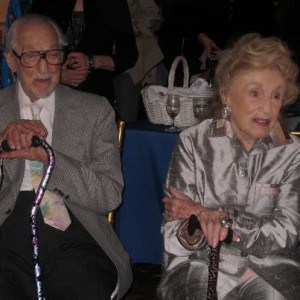 Following our first meeting, three years ago, at an yearly tribute to Nobel Prize Winner Joseph Brodsky at the legendary restaurant, the Russian Samovar, in a matter of weeks, we were on Belochka terms. In turn, I became Zabachka. It was, as the French expression conveys best: a coup de foudre! And so began a friendship unlike any other I have experienced. With an added bonus: his name is Sidney Gluck, Bel’s husband of 40 years, an inventor, artist, economist, and consummate expert on China. At 96, just as vibrant, energetic, and creative as Bel who will be 102 on May 10. It suffices to look at Bel’s calendar to grasp her stamina, curiosity, and drive. When she was offered to teach a course about Jewish humor at Hunter College, her alma mater, in 2011, she jumped at the opportunity. Reinventing herself at this stage of her life comes easily to her. She continues to view herself as a work in progress. “I don’t have time to grow old” she says. It is but one of the secrets of her longevity. Why? She will tell you because she is curious, always open to new experiences and opportunities. 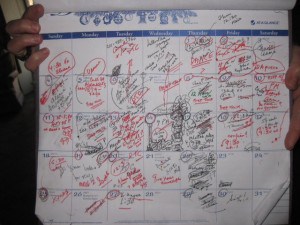 Bel’s Calendar is a mirror of who she is and the secret to her longevity, Photo ©Isabel Bau Madden

She navigates new technology with charm and assertion. She is on FB. She can be found at her Mac computer, exchanging emails and instant chatting. I am the lucky recipient of many such missives, around 66, always imbued with humor. Laughter is omnipresent around Bel. She describes her entrance into the new world of e-books as having stepped into the future. A promotion of two such books, “La Tigresse” and “This and That” were recently launched at an event at the historic National Arts Club. On this occasion, a full house viewed a screening of “Up the Down Staircase“, the 1967 film based on her novel, which was on the New York Times best-seller list for 64 consecutive weeks. 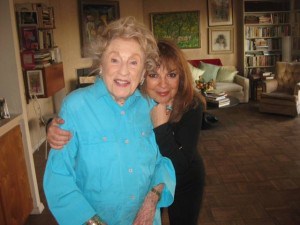 We transitioned from friends to best friends and confidantes in a short period of time. We have lunch regularly, in her neighborhood, on the upper East Side of NYC. Lobster with mayonnaise, champagne and creme caramel are favorites. She regales me with anecdotes and recites poems in French, English, Russian without hesitation. And, a rarity these days, she is a consummate listener.

For years she has attended ballroom dancing, every thursday, managing 18 rhythms in high heels, over an hour and a half. I have documented it. She wears clothes with an irresistible panache. Huge vintage Pucci sunglasses are her trademark. As are her unique rainbow-colored shoes. They are emblematic of her optimism and radiant personality. Multifaceted, uplifting, quirky.

You’ve never seen such sparkling eyes! She is, sans-pareil, the most modern woman I know. Spelling aside: Bel is belle of the ball!